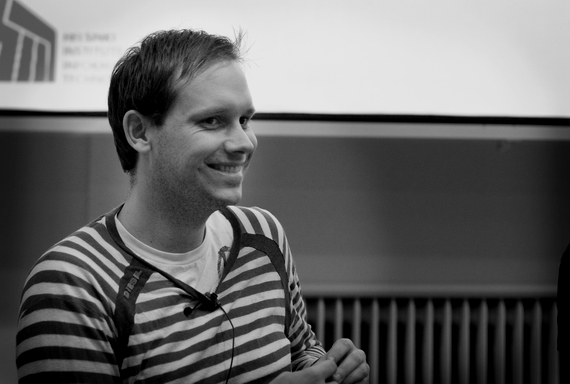 Some probably see Sweden as a country where proper due process of law prevails, or at least exists. Others would very much like to see Sweden as such a country. One thing that this country has shown is, that when the interests of its establishment are threatened, all the branches of government fuse into one and cut any corners needed to neutralize the threat to its establishment, rules and rights be damned.

On April 17, 2009, a verdict was handed down that led the world to blank stares of disbelief, then furious anger. The two operators of The Pirate Bay, its media spokesperson, and a fourth unrelated person were sentenced to one year in jail each and damages that, by now, well exceed 10 million euros. This was essentially a declaration of war against an entire generation. The case was appealed and lost, and the Supreme Court denied to hear the case, to everybody’s surprise except the establishment’s.

A few days ago, Peter “Brokep” Sunde – the former media spokesperson of The Pirate Bay – sent a formal plea for pardon to the Swedish Administration. This is a procedure where you can get a judicial sentencing undone by the political administration in exceptional circumstances, as part of checks and balances between the branches of government. It is practically never granted, but Peter saw it as a way to get his version into permanent governmental records – and to get a written and signed statement that no error had been committed in these circumstances. As Peter wrote in Swedish: this was not written with the intention to take it into HTML format, but any claims and facts in the text can easily be verified in Swedish-language media by any reporter wanting to do so. I have taken the liberty to insert a few references – some for reference, some for the Swedish context.

This is a long text, but worth reading. It was only as I translated it from Swedish, forcing me to really contemplate its meaning in detail, as the full egregiousness of it all hit me.
Peter’s Plea

I’d like to tell a story from my life, a story that has come to have great importance – not just to me, but to the global and emerging Internet. I happened to get a role in the eye of the storm. For your consideration of the submitted plea, I feel that this letter is needed: an insight into what has gone wrong, and why you need to fix this. You see, indirectly, I do not ask pardon for myself. I ask pardon for a judicial system that has been steamrolled over by lobbyism and ignorance. But ultimately, I ask pardon for our future culture and communications. My case has significant impact on these.

This is a long story, so let’s get started right away.

A little over six years ago, something odd happened in Swedish history. The Police conducted a raid at twelve locations in Sweden. 65 police stormed in at these locations and searched for something and anything that could be used as evidence against a search engine on the Internet.

Nothing like this had ever happened before in Sweden, and will quite likely never happen again. The days that followed produced tens of thousands of articles around the whole world. Thousands of people, mostly young adults, took to the streets all over the nation and protested. They protested that their cultural life had been violated.

I attended one of these protests, having a political interest and being the media spokesperson for the search engine in question. A search engine helping people all over the world to get in touch with each other to exchange information. A search engine so appreciated, that almost every day, a mail arrived from somebody telling the story of how it changed their life. Pictures of tattoos with its logo proudly inked onto someone’s body. Acclaims to the Swedish web service that changed people’s lives. The protests boiled down to just this: people felt steamrolled over, all across the world. I remember standing in the Mynttorget square on an early morning in the beginning of June, 2006, watching representatives from all parties in Parliament screaming out their fury over what had recently been uncovered: the United States had threatened little Sweden with trade sanctions if the web service wasn’t shut down[1].

The Swedish Public Television’s newscast Rapport had told the embarrassing story. Mighty Hollywood demanded that the White House would force Sweden to do something about the cultural exchange going on outside of Hollywood’s control. The Swedish Minister of Justice at the time, Thomas Bodström, was called into a meeting in the White House and was informed of the consequences of non-compliance: trade sanctions from the United States against Sweden within the context of the WTO. Sweden could become a second Cuba.