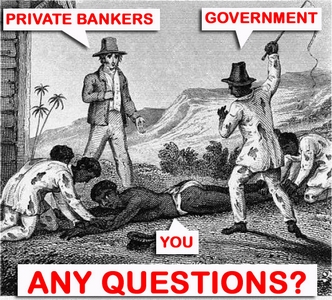 “It is your show. It is your universe. There is no one else here, just you, and nothing is being withheld from you. You are completely on your own. Everything is available for direct knowing. No one else has anything you need. No one else can lead you, pull you, push you or carry you.”

Wherever you turn (these days) the system is playing out it’s part in the cosmic script. It is trying to influence your intent as well as the direction you take. It wants you to take the path that resonates with you the least, that isn’t truthful… and it does this through distraction frequencies. The lowest frequencies brings fear. Fear is the lowest form of light, a dull glow on the spectrum of Hate. Fear is a destructive energy. Like a Trojan Horse, a virus. You get fear on the news… you can spot it a mile away if you can’t already smell it. It’s usually dressed up as terrorism, global warming, pandemics, rogue comets, solar flares, financial meltdowns and brutal dictatorships that are a threat to international security.

You also get fear on internet websites and blogs… sometimes it’s dressed up as cosmic illumination, not that there is anything to fear about cosmic-style illumination because that means you’ve transcended the troubling and are becoming amazed… but you know what I mean – doomsday apocalypses, fake raptures, alien invasions etc. You get fear in books, magazines, in films etc… you name it – the smell of fear reeks all the way into space. It plays a big part… like a co-star.

When the source is creating in love we are given children’s movies like “Tangled” to remind us of how good we can be. Strip it all away to atoms what is left beyond this. Energy… and this energy is infinitely powerful and self aware. The human body is a vessel, an organic space suit, a 3D reality vest worn by that which creates. Whilst scientist carry on chasing smashed fragment’s of holographic Mandlebrot’s as they disappear into immeasurable self similar offspring, billions upon billions of these immeasurable structures are organizing themselves with precision detail into cells, tissue, organs and systems – something you call a body. This body looks like others in that it has a head, torso, two arms and legs and all the other bits and pieces that is unique to the expression. Consciousness is not physical, EEG machines measure spontaneous “electrical” activity in and around the brain. Conscious fields are energy.

We don’t understand very much about energy but what we do understand is that it cannot be created or destroyed – an immutable law of energy conservation. Energy is everything there is, this everything changes shape and form and transforms and performs… Energy is a shape shifter.

Matter does not animate or bring to life energy… energy brings to life matter. It animates it. Your muscles don’t decide when they are going to take themselves for a run or a bike ride… your “will” and “desire” manifest that joy through the medium of electric thoughts and impulses. When energy departs from the body – inanimate matter is left behind. When the heart stops beating a powerful electromagnetic field and all the energy contained therein collapses and rushes to join the environment. The inanimate heart is left behind. When the brain ceases to function there is no electrical activity because the electric field has collapsed. The brain remains. In every situation matter is left to decay, which it does, kind of, breaking down to tissue, to molecules and then individual atoms which jiggle free and become part of something else. Nature wastes nothing. Everything exists in one form or another.

The human body is a near liquid entity. Around seventy five percent of the body is water. That makes it a fantastic conductor of electrical energy. Matter facilitates electrical circuits that allows energetic “intelligence” to express physically. Consciousness is a “stream” of information. If you need proof of this pause for a moment and try to bring your thoughts to a complete standstill. What does this say about the origins of your thoughts?

Now consider that when you are put under general anesthetic you experience a reversible loss of consciousness. Although the biological mechanisms of anesthesia are not well understood electrical processes in the brain are temporarily blocked or inhibited.

Here’s an analogy: Imagine consciousness as water in a bath and when you remove the plug water flows down the plug hole in a steady flow. As it spirals it crosses the plane of awareness or the firmament. However, when you put the plug in (anesthetic drug) you stop consciousness flowing so that there is no longer anything to be aware of… you lose consciousness. There is nothing to observe. That there is nothing to observe is only temporary because energy is eternal and can only be taken out of focus.

Although I was taught like others that the brain is the driving mechanism for consciousness it is the heart that is the first organ to form in the developing embryo and it is the heart that begins pulsing with this mysterious electrical force long before the brain develops. The human heart is now classified as a “mini-brain” because it has its own brain-like physiological qualities but strangely enough its electric field is 5000 times more powerful than the brain. Such is the power of the heart that it’s electrical field cocoons you in a magnetic sphere that extends a few feet from you in all directions.

The Source of Light that brings physical matter to life and gives rise to conscious experience isn’t born with defects. It isn’t born. Energy is eternal. Energy transforms itself from different states.

Light is a shape-shifter.

Consciousness isn’t born – its manifest by a source imagination that isn’t a physical or tangible part of human experience. From the moment this Source of Light manifests within a human heart it is bound by the rules of matter. Matter is a kind of lens or looking glass through which Light shines streams of consciousness.